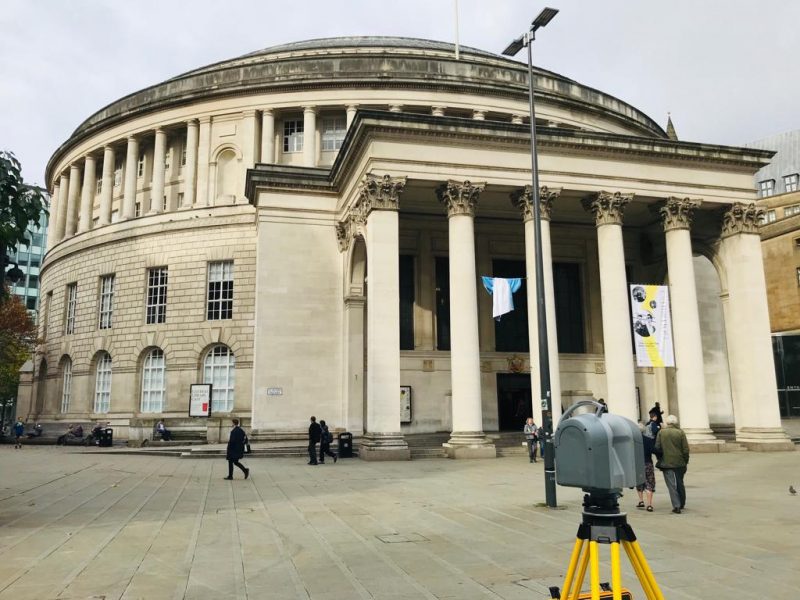 What Is a Monitoring Survey and How Do They Work?

A monitoring survey is an action taken to see if or how far a building or structure has moved over time. There are different techniques, amounts of detail, and types of equipment involved in carrying out a monitoring survey.

A monitoring survey is an action taken to see if or how far a building or structure has moved over time. This process involves monitoring specific locations at regular intervals. These intervals could be daily, weekly, fortnightly, monthly, or yearly depending on the nature of the job. Typically, monitoring reports are taken at those intervals and given to the client. There are different techniques, amounts of detail, and types of equipment involved in carrying out a monitoring survey.

The structure is scanned using a laser, which captures millions of points which can be compared over time to ascertain any movement

This involves the identification of fixed points on the structure and observing their movement over time.

This involves checks to see whether or to what degree a wall tilts to a particular direction.

This is done to observe if a crack on the building undergoing a monitoring survey is opening or closing over time.

Why are Monitoring Surveys Useful?

Most times, monitoring surveys are carried out on a structure if a structural engineer determines that it is at risk of moving. They help one quickly detect the early signs of a building’s movement to avoid disaster. Also, if there is heavy construction work – like basement excavation, piling, or demolition – going on close to a building, it would be a good idea to carry it out.

Monitoring Surveys give one the chance to prevent further movement because if the structure collapses, it would be a lot more expensive to reconstruct it than to have checked for movements in the first place. Putting the cost aside, there could be potential loss of life or properties if a building or structure moves or tilts too far from its original position.

How are Monitoring Surveys Carried Out?

The structure is scanned using a laser, and by comparing scans over a period of time a “heat map” can be produced showing any areas of movement. This has an advantage over fixed point positioning as it scans the whole structure rather than a few specific points.

To do this, one should set up the local survey control network and monitoring targets. These targets – usually reflective target stickers or survey prisms – should be attached to the structure at predetermined spots with drilled screws or glue.

The local survey control network is also made up of reflective target stickers or survey prisms (survey targets) but these will be placed away from the structure. A total station would be used to carry out the survey. Total Stations are highly accurate optical tools used for measuring angles and distances. They are usually mounted on tripods so an operator can peer through its lens to observe the survey points.

Tilt Sensors accurately measure angles and send the data to a central hub at regular intervals. They are usually attached to the wall of the building involved in the monitoring survey. One can set tilt limits on them so an alarm can be triggered if that limit is reached.

There are two ways a crack can be monitored to detect motion and they are by using Crack Gauges or Monitoring Studs.

Crack Gauges should be glued or fixed on both sides of a crack so that as it opens or closes, its movement can be observed on the gauge.

Two monitoring studs should be glued to both sides of a crack, after which a calliper should be used to record the distance between them. This distance should be periodically checked and any change detected indicates that the crack has either gotten wider or closed up a little.

If you are looking for monitoring surveys, get in touch with us at Landform Surveys.