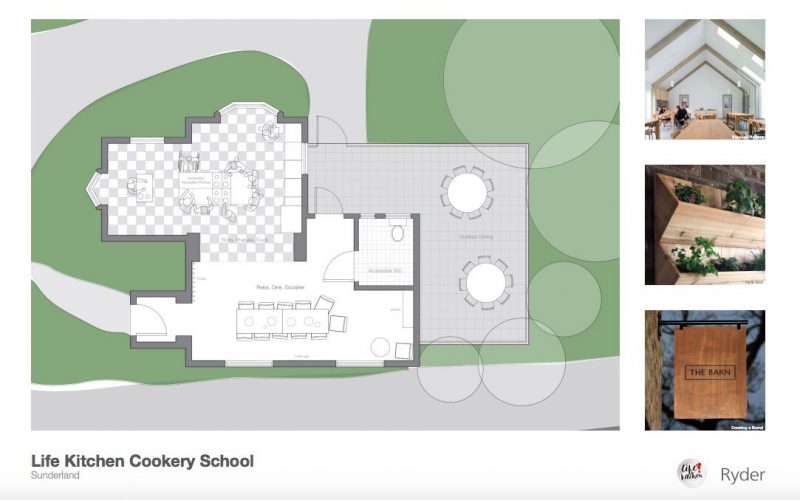 Surveying for the Life Kitchen

Most of us know someone who has been affected by cancer. The treatment can be gruelling and has many side effects.

For some people, cancer and certain cancer treatments will result in loss of taste, as well as loss of other complimentary senses like smell. Cancer patients often find themselves losing interest in food, which can lead to interfamilial tension and a lack of enjoyment at mealtimes.

Dealing with cancer is difficult enough without having to give up your favourite food and drink. Thankfully, there are ways to bring the joy back to food for those people in your life battling cancer.

Ryan Riley and the Life Kitchen

Four years ago, Life Kitchen founder Ryan Riley lost his mother to a rare form of small cell lung cancer. “The loss of taste due to chemotherapy is underrepresented in society”, he said, “so I launched the organisation – in memory of my mother – to help cancer sufferers live better after receiving the treatment.

At 25 years old, Ryan is spearheading a movement that has received support from celebrities such as Sue Perkins, Nigella Lawson, and Jamie Oliver.

Ryan’s mission is to teach people how to add flavour to their food so they can enjoy mealtimes again. He runs a travelling cookery class called the Life Kitchen, which people with cancer or family members who are cancer patients can attend.

“In the classes, we teach people about the flavours that can be added to food to provide a strong taste and we’ll teach people how to trigger a certain nerve that – when activated with specific ingredients – will help overcome the damage done to taste receptors,” says Ryan.

Currently, Ryan’s class is a travelling enterprise, but he’s looking to give his home cooking empire somewhere to settle. As a local Sunderland lad, where better to set up shop than in his home city?

Landform Surveys is honoured to work alongside this local startup to get things off the ground – and we mean that literally. We’ll be working alongside other big-name partners such as Sir Robert McAlpine, Turner & Townsend, Ryder Architecture, and One Environments to bring a level of accuracy and quality to the project.

The project plan can be viewed here, on Riley’s Twitter page, where he’s uploaded a fantastic design spread for everyone to see.

How is Landform Surveys getting involved?

Life Kitchen has been offered Mowbray Park Lodge by Sunderland Council as a venue for their life-changing cookery classes.

Landform Surveys has been asked to perform a measured building survey, which will allow fellow partners Ryder Architecture to effectively complete their initial drawing proposals. Because the building itself is listed, there is an urgent need to provide accurate plans of the building.

As a charitable organisation, the Life Kitchen relies on the goodwill of others to keep it running. So far, the class has been hosted at high level venues such as the Jamie Oliver Cookery School in central London, Daylesford Farm in Gloucestershire and at The Kitchen in Manchester.

To move onto the next stage, Ryan and his team need help from the public to fund pioneering research into food that cancer patients can enjoy. For full details, please visit the Life Kitchen’s gofundme page. We’re honoured to play a part in this important venture, and hope you’ll feel compelled to do the same.